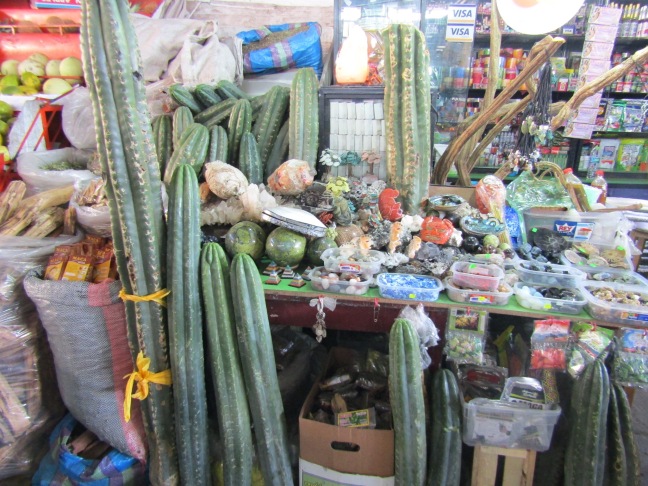 I write this at the tail end of a San Pedro trip and the tail end of nearly a year in Latin America. As I look forward to my flight back to California, I cannot think of a better way to end this segment of my travels than on a self-reflective, mescaline-fueled journey into my own mind. It has been the perfect way to ponder self-growth and reminisce not only about this year in Central and South America, but about my nearly two years of backpacking and the road still untraveled.

I find it serendipitous that Peru is my last Latin American destination before I return home for a brief interval. My intention as I set out for Colombia last September was to make my way down to Patagonia no later than February, then on to Argentina where I imagined a metropolitan life in Buenos Aires, writing scintillating travel stories and meeting up with bohemian friends for drinks.

But as the saying goes, “life is what happens when you try to make plans.” After nearly three months in Colombia and then another three in Ecuador, my travels took me north to Guatemala where I explored the northern tip of Central America for three months before returning back to Ecuador and then on to Peru.

Along the way I collected intriguing stories about ayahuasca and its healing powers. More than one traveler told me that if you are on your way to ayahuasca, the spirit of the Master Plant is already with you. Although I tend to take these messages with a grain of salt, I couldn’t help but feel that this time it was true. I had left Central America under a haze of deep depression which urged me to seek answers for myself. This is where I stepped across the path of ayahuasca.

In the sweltering heat of a village near Pucallpa, Peru, I laid down twice on the mats of an austere ceremony house as the effects of ayahuasca set in. Twenty minutes in, and the curandero, known as Don Julio, began his shamanic singing; piercing and sonorous. Ayahuasca took me apart, molecule by molecule, until it was difficult to say where my body ended and the room began. It mocked me, laughing at my senseless anger. I saw the stress and anxiety I allow into my mind as a cement in my veins, curling me into an immovable ball. But amid the tough lessons and the fear, there was a forest in my mind; a safe place where crickets chirped and where things grew and died and started the cycle over again in an endless loop.

Two days before I board my flight bound for the states, I wander the streets of Cusco with the effects of San Pedro still stirring my mind to wonder. I notice yet again the rainbow flag on nearly every street corner. It symbolizes the ancient Incan empire, but I can’t help but project my own significance onto it as well. In a country vastly devoid of the rich greenery and stunning colors of its northern kin, the vibrant colors of the rainbow flag stand in stark contrast to the deserts and parched hillsides. But Peru is also a country where ayahuasca is abundant, where people in Cusco hand out cards for “psychedelic mushroom sessions” and where you can find San Pedro in nearly every market. The dry, beige landscape of Peru can easily be covered in the colors of your own insights and imagination.

In comparison to the “tough love” tactics of ayahusca, San Pedro felt like coming home. It showed me my anxieties and brushed them off with a quick, “meh, it’s not that bad.” I had to agree.

After all, how can the universe be a bad place when the cake lady is always there outside the market when you need her, or when you can find chirimoyas for 6 soles, or when music exists, or when there are plants that give you beautiful visions? How can I be powerless when I am in awe of the things my body can do through sheer willpower and strength? How can I be sad when I find overwhelming gratitude to have been born with a passion for travel and writing? I can go on but I think you get the point.

This isn’t the end of my travels, but it’s the best way I could have thought to end this particular leg of the journey. For now, I’m going home to make some money, see family and friends, and buy new gear. Then, once again, I’ll put on my hiking boats, buy a flight, and board a plane that will take me to wonders I’ve never seen, and lessons I’ve yet to learn.